As President at On Time Staffing, Doug is responsible for overall strategy and growth as well driving superior customer service and innovation through all of the support service departments. Doug brings innovative solutions to attract, engage and retain workers, which is instrumental in our clients’ success. He has spent the last 20+ years developing high impact teams with some of the largest staffing companies in the world.

Doug began his career in staffing right out of college working for Olsten Services as a Sales Manager in Wichita, KS. He then spent six years in pharmaceutical sales before returning back to the staffing industry in 1998 when he moved to Denver, CO to become the Branch Manager for Oxford Global Resources. In 2000, Doug moved to Raleigh, NC where he held progressive senior leadership roles with Robert Half International and then Randstad.

From 2004 to 2013, Doug was President of the Eastern Region at EmployBridge where his proven leadership and commitment to results played a key role in the company’s year-over-year industry growth.
Prior to joining On Time Staffing, Doug was President at TalentLaunch, an acquisition firm specializing in the staffing industry and focused on meeting companies’ talent demands by leveraging best-in-class tools and resources to elevate the overall experience.

Before that, Doug was the President of Advantage Resourcing North America, a $650M staffing company owned by Recruit Holdings. By effectively leading five divisions through a significant strategic change, Doug was able to consistently exceed financial targets and led the company to several industry awards including ranking 8th out of 250 companies on Forbes’ list of America’s Best Professional Recruiting Firms.

Doug holds a Bachelor of Science degree in Business Administration with a concentration in Finance from Kansas State University. Doug and his wife have two boys and they reside in Pittsburgh, Pennsylvania. 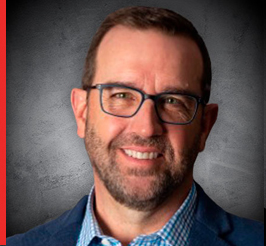